Custom IT Applications in the Manufacturing World

Custom IT Applications in the Manufacturing World

Information technology can promote the development and productivity of a business. That is why IT is a core competency at Liberty Electronics and plays a key role in satisfying our customers.  Rather than using off-the-shelf software, which is often a “jack of all trades and master of none,” Liberty employs a different approach.

In the past, using commercial software applications has forced Liberty to make sacrifices and compromises due to the different limitations of these products, which ultimately was inefficient to the company. Instead, Liberty strategically customizes robust applications in order to achieve our customer-driven requirements as an electronic manufacturing services contract manufacturer. As customer and industry requirements evolve, our software also evolves through updates by our IT department. Our self-sufficient approach to IT ultimately reduces cost and lead-times, speeds up simple actions through automation, and improves customer service. Here are a couple of examples:

Liberty previously spent tens of thousands of dollars in annual license and support costs for off-the-shelf software that met just a portion of the company’s needs. On top of the annual outlays, periodic six-figure bills for mandatory software updates also came out of Liberty’s pocket—all for software that was not able to perform in some important ways. The workarounds themselves were both time-consuming and expensive. Rather than putting out more money for a time reporting program that always fell short, Liberty decided to create its own.

Our IT department developed an in-house system with customized time clock rounding rules that better suited our needs. The new-and-improved time-reporting software has the ability to schedule cell-to-cell personnel changes and vacation time, providing a faster and easier communication system. Seamlessly integrated with payroll, the system eliminates redundant data entry, which reduces the risk of errors. The system also deploys biometric readers for improved ease of use and security.  Most impressively, the new system freed up the equivalent of over one full-time overhead person, allowing them to do actual value-added work.

In the estimating department, we previously created quotes to our customers using off-the-shelf software. While the old system did provide us with the ability to quote items, the process of getting there was laborious and time-intensive. The old software was a stand-alone package that required manual data input and intervention in order to identify the best prices and lead-times. When an award was made, the items and bills of material had to then be entered into the ERP system, adding another time-consuming and costly step. Because the estimating and production systems operated on separate databases, evaluating performance proved to be a complicated task.

One option was for Liberty to purchase a new estimating system. We found these systems to be expensive and not a good fit for our requirements in our commodity and markets.  So, we ultimately decided to write our own estimating module application that is now a part of our ERP system. This yielded a number of benefits over the old system.

First, we eliminated manual component pricing entry via automation. Next, we addressed minimum-buy and multiple-buy quantities, which are an all-too-common fact of life in our industry.  Our custom system will break these costs out where they can be noted but ignored if there is ongoing business, highlighted for a non-recurring charge, or amortized into the unit prices if required.  Similarly, non-recurring charges for things like tooling and mating test connectors are also captured.

The system now automatically selects the best component pricing for various price breaks that are either independent of or at a specified maximum lead-time.  It will even check to see if it costs less overall to buy more material than needed at a higher quantity at a higher price break, or if it is more cost-effective to buy only what is currently needed at the lower price break.  Making decisions like these is what ultimately can make or break a company’s material portion of a bid, and material can typically make up more than half of the total bid price. In addition, the redundant data entry required to transition from Estimating to Production was eliminated.

Proprietary checks have been implemented to identify erroneous pricing.  A significant benefit of creating our own estimating system is that it enabled the switch from a standard cost system to an actual cost system.  As a result, component purchase price variance is now a comparison of the actual price paid to the quoted price used in the bid, rather than to some potentially meaningless standard cost.

Simply possessing the ability, resources, and intelligence in our IT department to write our own software systems allows us to create systems that correlate directly with the company’s needs and better suit our customers’ requirements. Not only can our money be directed towards more worthwhile resources that will actually improve our daily processes, but each system function is intentionally designed to our specialized requirements. Customers can better depend on a company that has control of its own software.

Erin joined Liberty Electronics as a Program Manager in June of 2019. She recently graduated from Grove City College with a B.A. in English, as well as minors in Writing and Communication Studies and a concentration in Technical Writing. She previously lived in Phoenix, AZ for a summer, where she spent time copywriting and copyediting for a news publishing company. Erin highly values her studies in UX, informational, presentation, and technical design. While in college, she held several positions in the Tri-Zeta Sorority, including Alumni Communications Coordinator, and she also led a service team to Philadelphia for two years. She looks forward to utilizing her different experiences to aid in Liberty’s continued growth.

Wired Success is a Liberty Electronics publication for engineers, procurement professionals, and others in manufacturing and the supply chain who want to keep up with news, advances, and products for use in a range of industry sectors to include aerospace, defense contracting, rail, light transit, medical devices, and more. Please subscribe for regular updates or follow us on our social media channels. For media inquiries, please contact us here. 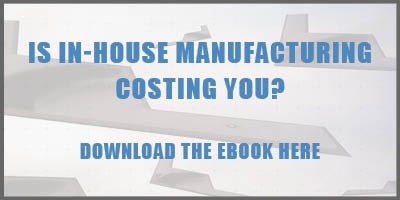 Get Articles by Email